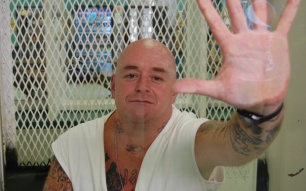 Yesterday we finally locked picture on my new film Eye  For An Eye. More than 11 years ago I went to Dallas for the first time, drawn by Mark Stroman’s  “manifesto” of Hate  in which he explained his motivation  for the killing of   2 people and wounding one , part of his murderous campaign  of revenge  against people from the Middle East . It was  a revenge ,he claimed, for 9/11  terror attack.

It is an amazing journey  that began with Mark’s victims and ended  up as I witnessed his execution. It was an  intensely personal  journey for me to watch hate  turned into forgiveness and  how   a victim and his attacker were coming together in the last weeks of Mark’s life.

The result is a 2 hours feature length documentary that will be released this fall. The first part of the journey is over!

A FILM BY ILAN ZIV

On April 5, 2002, Mark  Anthony Stroman, a 32-year-old stonecutter from Dallas, entered Texas’ death row for the murder of Vasudev Patel, an Indian immigrant and gas station owner in Mesquite, TX. Patel was Strroman’s third and final victim. In the three weeks after the September 11th terrorist attacks, Stroman also shot and killed Waqar Hasan, a Pakistani immigrant in Dallas, and partially blinded a gas station attendant from Bangladesh, in the erroneous belief that all three men were Arabs. The press labeled the murders, Texas’ first post 9/11 hate crimes. Stroman himself claimed that “blinded by rage,” he killed to avenge the United States. The prosecution convinced the jury that robbery was his true motive, (even though he hadn’t taken money from his victims), and he was sentenced to death. 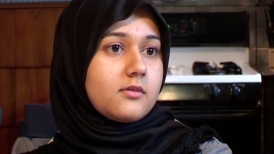 What drove Stroman to commit these horrendous acts? This question has haunted me and set me on a seven years journey investigating Mark’s Life, his crimes, his trial and the psychology of Hate. Through his letters, interviews conducted in jail, and his blogs I followed his life and his transformation on Death Row. Together they form the film ‘s first part : Revenge .
8 years after the shooting, an Islamic pilgrimage seeds in Rais Bhuiyan, Mark’s only surviving victim, a desire to forgive Mark and fights to spare his life. He had a “strange” idea: if he is ever to be whole, he must reenter Stroman’s life. He longed to confront Stroman and speak to him face to face about the attack that changed their lives. Mark asked for forgiveness from his victims and Bhuiyan publicly forgave him, in the name of his religion and its notion of mercy. Then two months before Mark’s execution, Rais waged a legal and public relations campaign against the State of Texas and Governor Rick Perry, to have his attacker spared from the death penalty. The legal battle continued until literally minutes from Mark’s execution.

The second part of AN EYE FOR AN EYE follows this amazing story of Forgiveness, Mark’s transformation, and Rais’s campaign to save his life. With unique access the film documents Mark ‘s last days and hours, as together with 4 other friends of Mark I witnessed his execution.

An Eye for An Eye is a a personal story and a powerful and riveting drama about Hate, Revenge and forgiveness in a world consumed by growing religious and ethnic violence.

The film will be released in the fall. 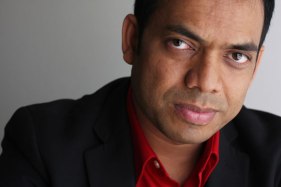 The film and the book “True American” ( which details my work and relationship with Mark) are the sources for Katrhyn Bigelow’s ( Hurt Locker, and, Zero Dark Thirty) new film on the same story.

I am a consultant on the Feature and one of its Co Producers.